Summer might be coming to an end but adventure isn

Fall is just about here which means cooler weather

The @crocs classic sandals have always been my fav

Our favorite states in the US! (Save and share thi

I really needed something to make me smile today a

While doing research on Western Europe we discovered Brussels and decided it would be a great destination to include in our Euro Trip. We made it to Brussels after spending one day in London and 48 hours in Paris. Here is how to spend 24 hours in Brussels with kids.

How to Get to Brussels from Paris

Taking the train is the easiest way to get from Brussels to Paris. With our Eurail Pass we traveled from Paris du Nord and arrived at Brussels Midi 1 hour and 20 minutes later. Brussels, Belgium is a beautiful city in Western Europe that I admittedly didn’t know much about. I was so excited we were able to visit, it is a foodies dream: beer, chocolate, fries, and waffles are in full abundance. 24 hours is brussels with kids

Where to Stay in Brussels with Kids

We stayed at the Adagio Brussels Grand Place; about 10 minutes drive from Brussels Midi and just a 5-minute walk to the Grand Place. Our room was an apartment style with a living room, kitchen, and bedroom but their reviews also show more open style rooms. One thing to remember about traveling in Europe is hotels don’t provide wash clothes, they provide large towels and face towels, so be sure to pack your own. The room was clean and I loved the large lobby area on each floor, the kids and I hung out and played games here with tons of space.

We obviously stayed the night in Brussels put if you are just passing through on your way to or from Paris, Amsterdam or London you can store your luggage right at the train station while you explore the city. There are also some amazing nearby cities if you want to explore more of Belgium than just Brussels. Ghent, which is only a 30 min train ride from Brussels was recommended to us more than once so visit Ghent with the Ghent Card!

What to Do with 24 Hours in Brussels with Kids

Our first stop after settling in at the hotel was Mont des Arts. It was a 10-minute walk from our hotel. It’s a picturesque garden and seemed like a hang out spot for the locals even with the low temps in the Fall. We hung out here for a little while as the kids ran up and down the tree lined area, racing each other. 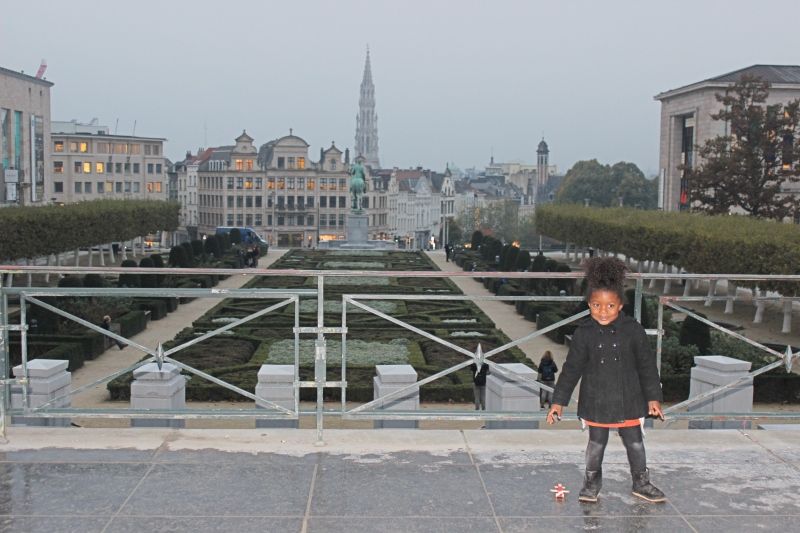 The Parc du Cinquantenaire is a public park with that also house the famous arched structure. There was another family playing in the park and of course the girls had to play with them. The Arc de Triomphe of the Cinquantenaire Park houses the Royal Museum of the Army and Military History. You can also take the elevator to the top for some of the best views of Brussels. 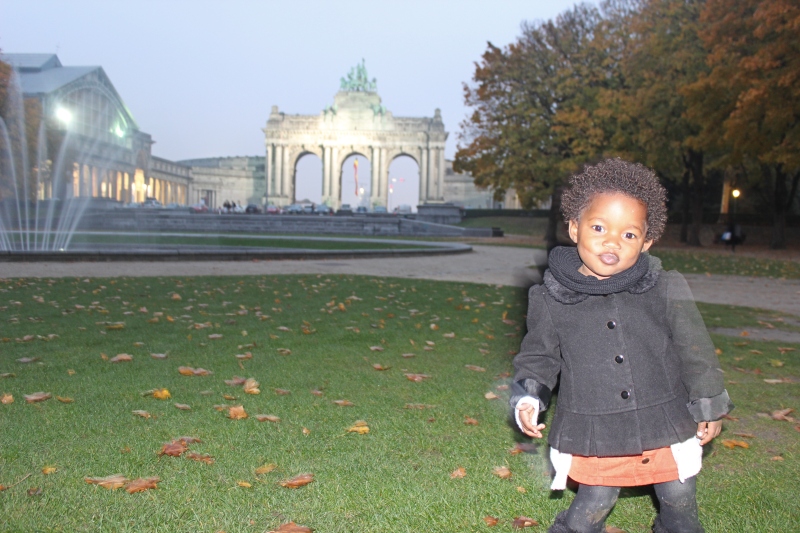 The Menneken Pis is a famous sculpture of a little boy peeing. It is extremely small but you will find tons of tourists trying to take a photo with him. I really didn’t understand the fascination so of course I googled him and learned this fountain played an essential role in the distribution of drinking water in Brussels. For big events the people of Brussels actually “adorn”” him with luxurious clothes. 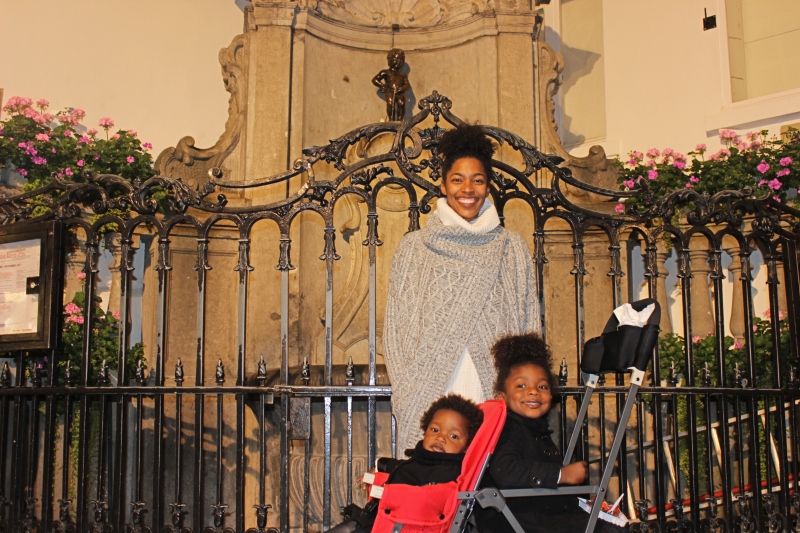 The Grand Place is the central square in Brussels and it is absolutely gorgeous. The architecture is stunning and it was added as a UNESCO World Heritage site in 1998. Here you will find the Museum of the City of Brussels and the Town Hall. If you’re into beer here you will also find, Taste This Beer, where you can try an unbelievable amount of beer. 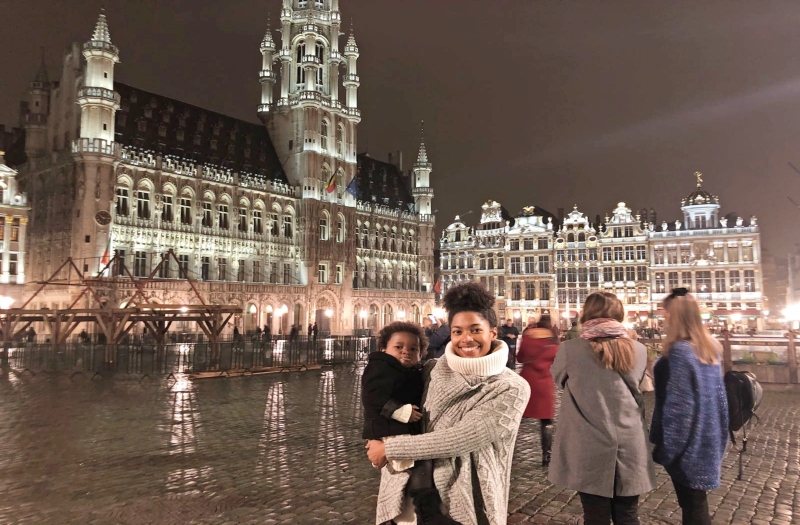 I feel like it would be a sin to visit Belgium and not eat waffles. While we had some waffles the night before what better activity in Brussels with kids than to learn how to make our own Belgium waffles. We did a workshop with the Waffle Workshop and we had such a great time. We met our guide at the Grand Place for a brief history on Belgium Waffles and a quick tour town Waffle Street.

Our guide, Olga, was so good with the kids, she was patient, kind, and helped them through the process. The girls had an amazing time and it was definitely the highlight of the trip for Jordyn, when her dad picked us up from the airport she told him she was going to put on a workshop just for him so he could have some waffles too. You can make as many waffles as you want during the class and they will wrap any leftovers up for you.

While we didn’t get to visit, we heard Leuven is the best place to get waffles in Belgium and it’s just a quick day trip from Brussels.

After spending 24 hours in Brussels with kids we were off again using our Eurail Pass. We headed to explore The Netherlands. Did you find this post helpful? Please share it!