From beach days to exploring the Wonders of the Wo

No passport no problem, you can still explore more

Looking for a Caribbean getaway but terrified of H

Back to school they go and I mean in the classroom

When you check the mail and you’re in it!! When

When I first started this IG account every picture

Who's ready for girls night? I am! Looking forward 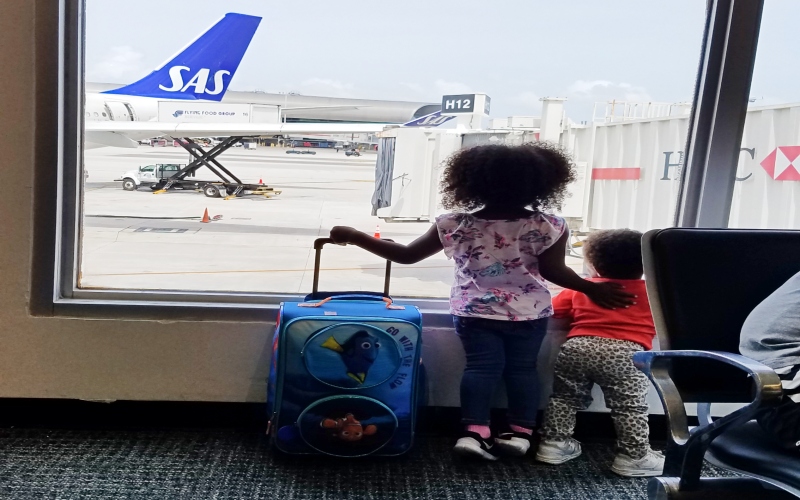 We scored a major flight deal to Copenhagen on Scandinavian Airlines (SAS) for Memorial Day Weekend. Although I had never heard of SAS before, international airlines tend to be better than U.S. based airlines so I wasn’t worried. We found the flight deal on Skyscanner when searching for the cheapest places to go from Miami for Memorial Day. Download their free app now, it is so amazing!

​Lap Infant Luggage
Each lap infant is allowed to check a car seat or stroller free of charge. In addition as long as your ticket is not an SAS Light Fare your lap infant is also allotted one suitcase up to 51lbs. Carry-on baggage however, is not allowed.

At The Airport
Strollers Like most airlines you can check this item free of charge even if traveling with an lap infant. Once you go through security at Copenhagen’s airport you will find SAS has provided strollers free of charge for you to use while at the airport.< 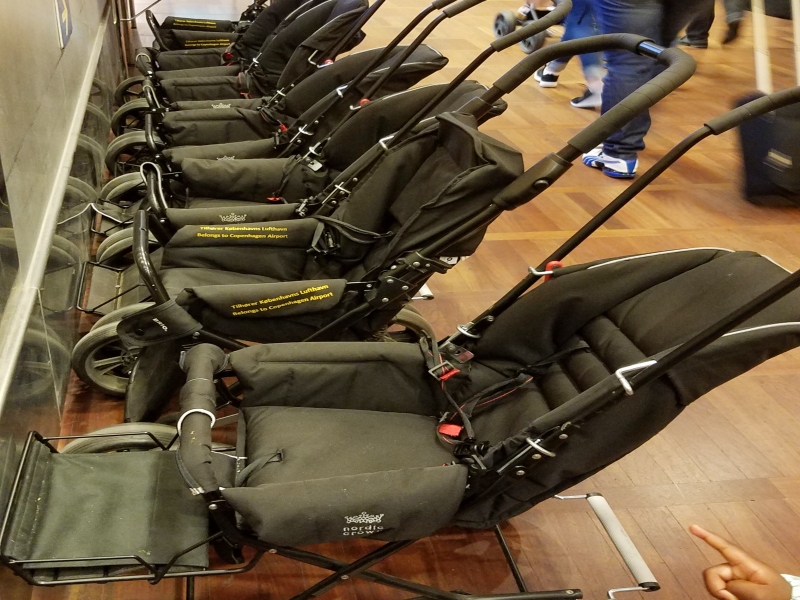 If their is space SAS may allow you to bring a small umbrella stroller onboard and store in the overhead bins. The stroller must not exceed 8kg or 17lbs.

Entertainment I didn’t see a playground at SAS’s terminal in Miami however in Copenhagen they do have a family area. It’s located in Terminal 2 and supposedly has a Playstation, X-Box, T.V.s to watch cartoons as well as toys to play. It’s open 24hrs a day. We were running late to the airport so we didn’t get to check it out.

Bottle Warming Facilities
Near the family area SAS has baby changing facilities where you can also warm up baby bottles.​

In Flight for Infants
Comfort SAS provides bassinets for infants on a first come first serve basis. Most airlines have a weight limit however SAS has both a weight and an age limit. They only allow their bassinets to be used for infants under 9 months and who weigh less than 24lbs. Be sure to call the airline immediately after booking your flight to secure a bassinet.

Meals Upon request infant meals are provided on all class tickets throughout the world but only on SAS Plus within Europe. For infants SAS provides porridge (soya semp), jars of fish or meat and vegetables, as well as pureed fruits. You have to request this meal 24hrs before departure.I didn’t order an infant meal for Kennedy however the flight attendants were more than willing to give me some extras for her. They offered me extra bread rolls and yogurt. I can’t say this about other airlines I’ve flown which have told me they don’t provide food at all for unpaid lap infants.

​One thing I greatly appreciated was that along with the typical blanket and pillow you will find on your seat when you board an internationally flight, SAS also had a bottle of water on each seat. I usually buy a bottle of water when we pass security or am extra thirsty as it typically takes at least an hour for the flight attendants to begin service once you board.

Entertainment On our flight to Copenhagen the flight attendants didn’t give the kids any toys like I read they do online. On the flight back Kennedy did receive a small book.

Children 11 and Under There was nothing special that SAS did for kids on our flights. You can pre-order a child’s meal but I since I heard the adult options were typically pasta which she likes. The options for our flight ended up being chicken alfredo or beef with white rice. The benefit to ordering a kids meal would be that they are served first so you could help them with their food before you get yours and then be able to eat without also feeding them.Like most long haul flights everyone has a personal television and SAS had a kids section where Jordyn was able to watch Trolls, 6x in a row! The headphones they provide are in ear headphones so be sure to bring your own headphones for younger kids. I have the BuddyPhones Inflight headphones.

For more information on what Scandinavian Airlines provides to young travelers click here.Our experience on Scandinavian Airlines with the girls was good. They don’t provide as much as Qatar Airways does but they still offer a lot more than most U.S. based airlines. While Kennedy was unable to use a bassinet due to her age the flight attendants made sure we had a row with an extra seat so we could have more space.

What are you favorite airline(s) to travel with kids? Please share your experiences!