MANIFEST YOUR TRAVEL GOALS! I’m so excited to an

KIDS SAIL FREE CRUISE SALE GOING ON NOW! (save and

[AD] THINGS TO DO IN PUERTO RICO (save this post):

[AD] INVEST IN AND TREAT YOURSELF! This month I we

What do you do when JetBlue adds nonstop service from Fort Lauderdale to Bridgetown for $165RT, you go to Barbados with kids! I don’t know anyone who wouldn’t want to stay in paradise as long as possible but Barbados is a very small island so a long weekend is more than enough time. We flew out Friday morning and returned on Sunday. 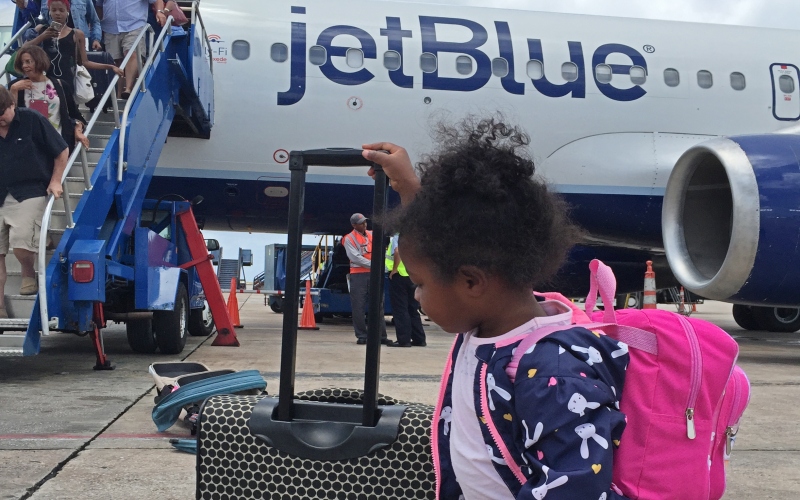 Like a lot of Caribbean islands you de-board directly on the tarmac so be prepared to carry your little one down the stairs. If you gate checked your stroller you do reclaim it on the tarmac which was great so Jordyn could sit in it while we waited in the immigration line.

Where to Stay in Barbados

We stayed at the Hilton Barbados and loved it. It’s right on a beautiful beach, with white sand and crystal clear warm water. Every room overlooks the beach, ours overlooked both the beach and pool. It was a quick 25min ride from the airport and a $12USD taxi ride. They don’t have cribs but they do offer free pack n plays which we took full advantage of for Kennedy to sleep in. The room we stayed in had both a tub and stand up shower, so great for kids. Children under 5 also eat free so we didn’t have to pay for any of Jordyn’s meals that we ate at the resort.

Things to Do in Barbados with Kids: Our Barbados Itinerary

We checked in and grabbed lunch at the hotel’s restaurant. We got their signature El Dorado fish sandwich. Then we hit the beach as our oldest is absolutely obsessed. After a few hours we washed up and took a nap as we were tired from our early flight and the sun and beach water. We were celebrating Mother’s Day and Jordyn’s 2nd Birthday and the hotel made her feel very special. When we woke up we headed to Waterfront Cafe for dinner- they have live music on Friday nights and they have indoor and outdoor seating. We took a cab, which they have plenty at the resort, for about $7USD. 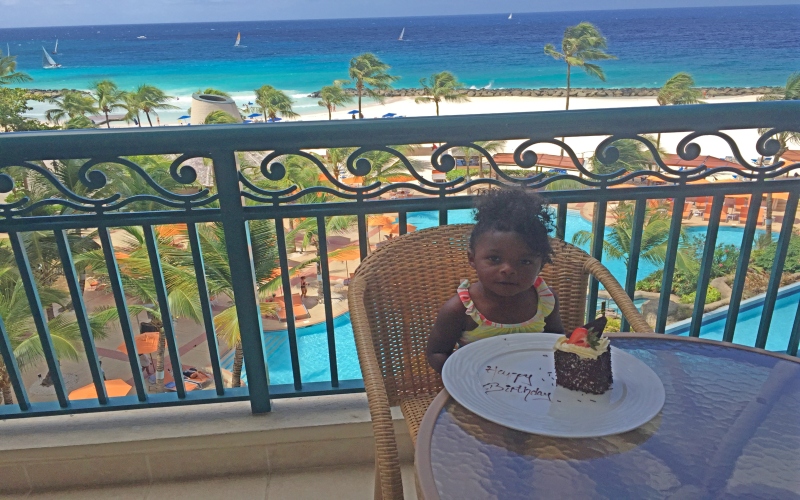 We woke up extremely early for a morning adventure of swimming with the turtles and snorkeling to see the sunken ships. Yes we went snorkeling with our 3 month old and 2 year old!! We did our tour through Therapy Charters. I absolutely loved Therapy Charters because it is a true private trip, it was just the 4 of us, the owner Leisa, and the captain who was also the tour guide/underwater photographer. I had spoken with Leisa before to let her know we had our two children and if it was okay for my husband and I to switch out watching the baby so we could each have time in the water. She immediately offered to stay on board with our little one so we could enjoy the trip with our oldest. I was skeptical at first but didn’t want to seem rude through email so I just said thank you and knew I would play it by ear. Leisa has four kids herself and was absolutely amazing and I felt like I could trust her, so we did. They had a life vest small enough for our 2yr old and snapped some great photos of us underwater with the turtles that they later emailed us- this was at no additional cost.

The trip was $130 total for 2hours out in the ocean and Leisa picked us up from our hotel and dropped us off. We spent one hour swimming with the turtles (this is out in the open ocean so you are in their habitat, they are not captive). The other hour was spent on a swimming/snorkeling tour to the four sunken ships, this was very cool to see the ships underwater.

We started the day at 8AM so we were back to the hotel by 10:30AM, we showered and got ready for our next adventure. We asked the taxi driver how much it would be to take us to the Barbados Wildlife Reserve and one of the caves and it ended up being cheaper to higher him by the hour, $35/hr USD- it took us 3 hours to do all that we did. 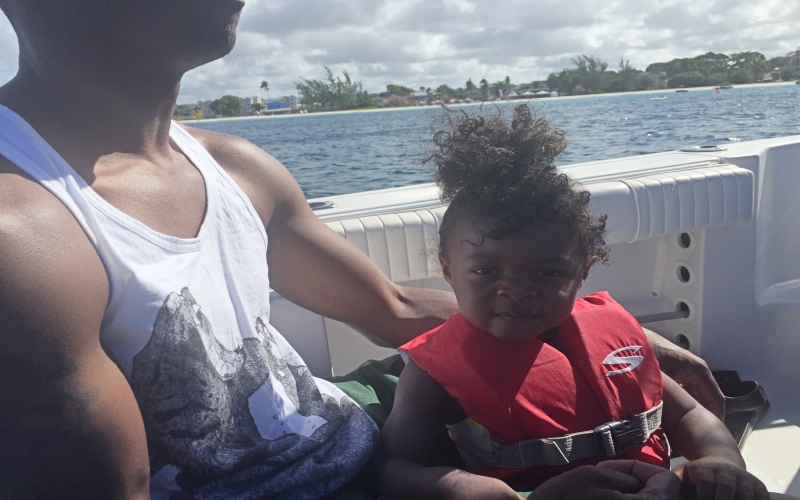 The Barbados Wildlife Reserve was our first stop. They do not accept credit cards so be sure to have enough cash ($11.75USD for adults, $5.87USD for children 3-12, and free for under 3). They are best known for the Barbados Green Monkeys that roam free, feeding time is at 2PM but we left before they began to feed them and we still saw plenty! They also have tortoises, peacocks, Brocket Deers, and many others. If you have a little one that doesn’t walk or can’t walk for long I highly recommend you bring your carrier, a stroller will be useless here due to the very narrow, somewhat hilly, and cobblestone path. 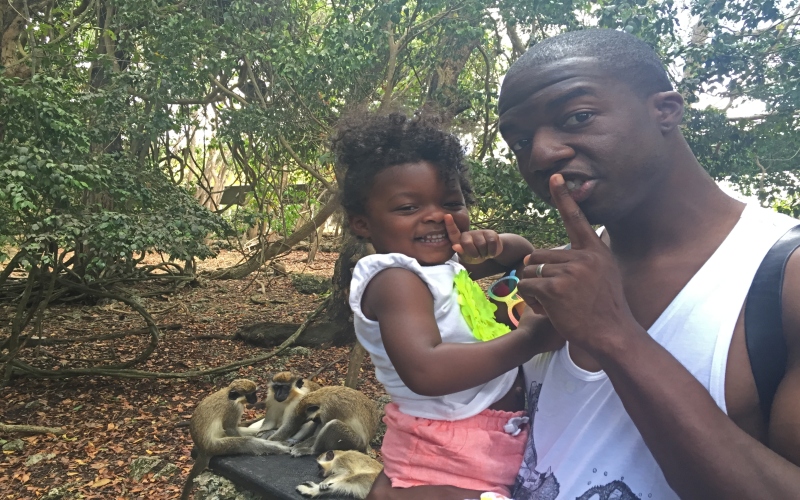 Thinking of Visiting Other Islands: See Our Itineraries for Aruba, Cuba, The Bahamas, and Jamaica
​
Harrison’s Cave is an underground cave known for its caverns and formations. We did the tram tour which lasts about 45mins- 1hr. It is $30USD per person and we were very disappointed. If you haven’t been to a cave before I guess it is a nice thing to see but having been to other underground caves in other countries I thought this one was sub-par and not worth the $30USD, more like a $10 tour, which is probably more of the reason why I was disappointed.We had dinner at highly talked about Brown Sugar, which we could walk to from the hotel. The food was okay but we didn’t understand the big fuss made about it. 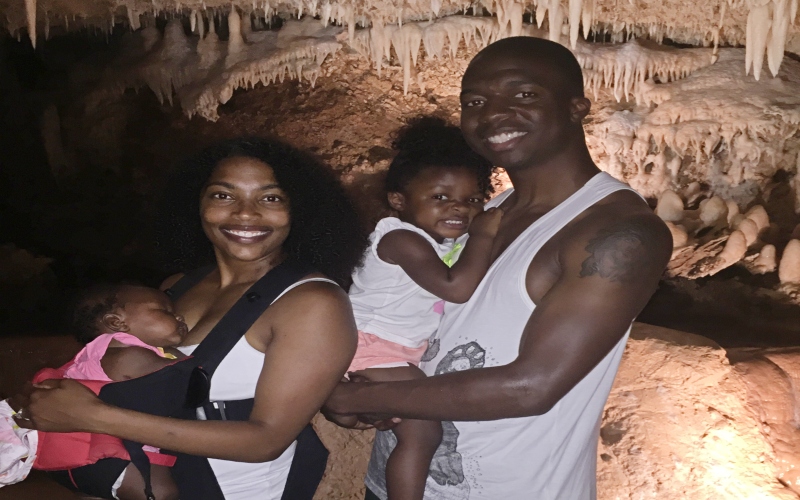 Unfortunately it was our last day :-(. What else would we do but spend the day at Jordyn’s favorite place, the beach! She enjoyed it as usual and then it was time to shower, pack, and head to the airport! 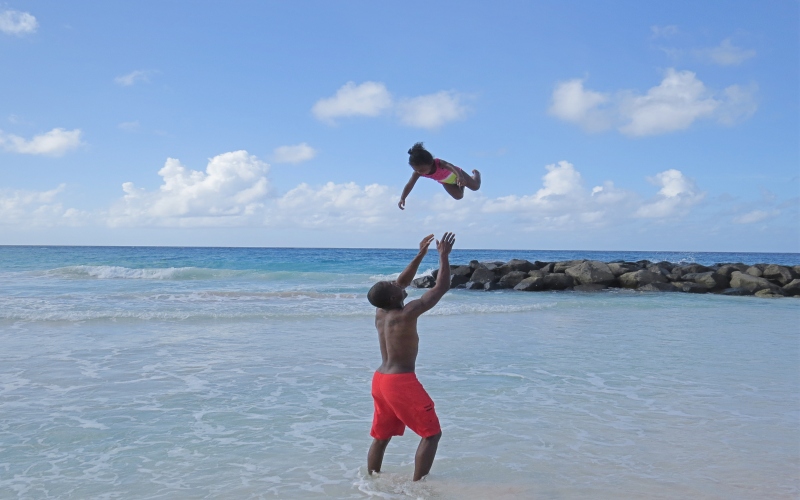 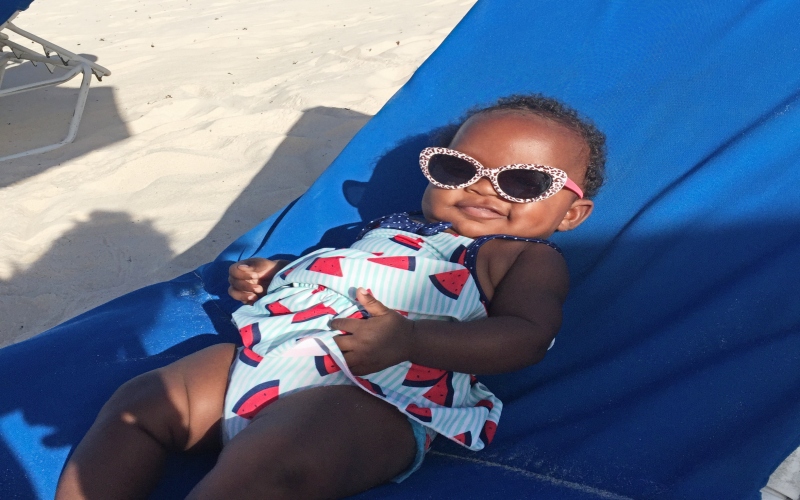 While our trip was short we had a great time in Barbados with kids. It prepared us for other trips to the Caribbean with our kids like Aruba, Jamaica, and Grand Cayman. We hope to return to spend more time on the island but this short trip was what we needed mentally. Did you find this post helpful? Please share it!