Things to do in Juneau, Alaska (save and share thi

Happy Father’s Day to this guy who spent his day

When the entire family gets hired! We are so bles

Well hello there Alaska, we are so excited to be h

School might be out, but our learning continues th

Our baby girl has graduated VPK and is officially

This trip was taken in partnership with Eurail and sponsored by Eurail. All opinions are my own and true. 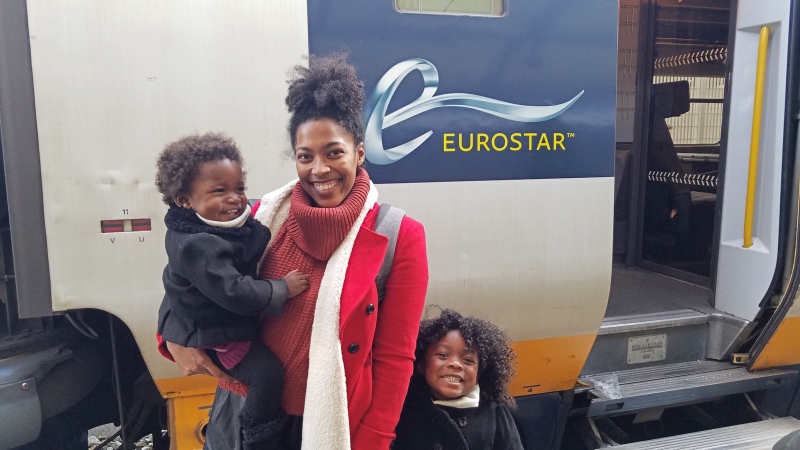 Traveling throughout Europe by train is one of the best ways to explore the continent. Instead of getting individual tickets you can buy a Eurail Pass. This fall we spent 8 nights discovering Western Europe including London, Paris, Brussels, Rotterdam, Utrecht, and Frankfurt. We did this on a 10 day Eurail Pass after flying into London.

What better time to purchase one than now as Eurail is having a special 20% off promotion until December 31, 2017. Once you purchase your pass you have 11 months to use it. Here are 4 reasons to buy a Eurail Pass.

I don’t know anyone who likes having to arrive two hours before their flight, going through airport security, and stressing about baggage fees or their bag being overweight. These are all things you avoid when traveling Europe by train with a Eurail pass. With the exception of departing and arriving in London when traveling by train you only have to be at the platform 2 minutes before your train arrives. You also avoid security lines and customs and immigration upon arrival. Even when arriving and departing London you only need to arrive 45 minutes prior to your train departing.

Traveling by train was much more comfortable than traveling by plane. The seats on the train are larger than airlines offer in economy. You also have the option to get a 4- seater with 2 seats facing each other on each side and a large table in between you. This was perfect for our family. We were able to play games on our train ride and had more than enough space with the kids. Our train rides with Eurostar, Thalys, and I.C.E. all had free Wi-Fi as well as outlets on the train. Eurail Passes are automatically a1st Class tickets. These include breakfast, lunch, or dinner on your train ride depending on your destination. We received a meal on our train ride to Paris, Brussels, and Rotterdam. During breakfast, you can get extra croissants if you want and lunch and dinner come with unlimited wine. 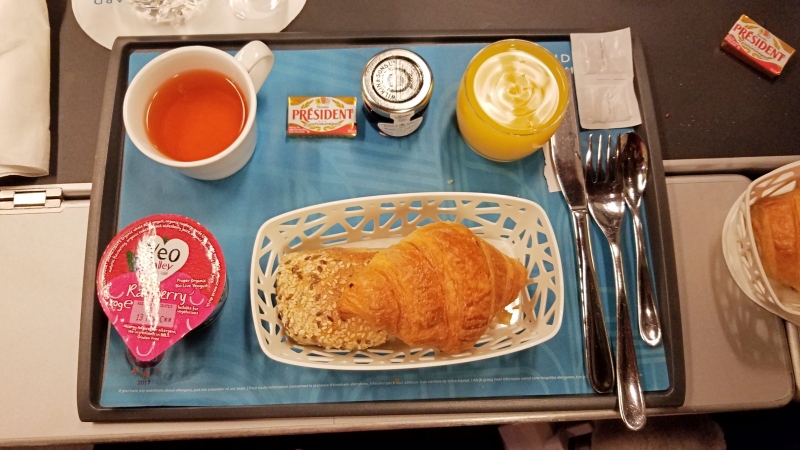 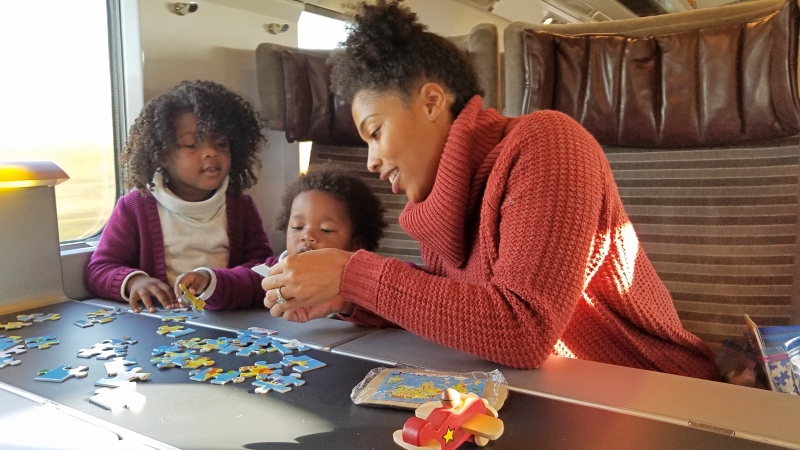 Arrive at the City Center

Traveling by train is one of the cheapest ways to travel throughout Europe. If you are traveling to multiple European countries having the option for unlimited travel by train with a Eurail Pass is a great way to save money.

Children under 4 travel for free by train in Europe giving you an extra two years of savings over flying.  When buying a Eurail Pass, children 4-11 travel free giving you extra savings. All you need to do is select the “Family” tab when purchasing your tickets and enter the number of children and their free ticket will be automatically added. Up to two children can travel for free with one adult. If you are traveling alone with 3 children you will have to buy a youth pass for one of them.

Not only do kids get perks but anyone under 27 is considered youth and you will save 20% off your pass.  Purchasing a Eurail Pass also comes with special discounts on city cards and ferries in certain countries. The best part about train travel is there are no luggage fees or weight limits.

So now that you know how amazing travel by Eurail is, where are you going on your Eurail adventure?
​